The first residents of Guyana were the Arawaks, who called it that way (” Land of Water ” in their language for having humid lands and dense coasts of mangroves and swamps.

The Arawaks were evicted by the Caribs, who dominated much of the region and then moved to the islands of the Caribbean Sea, which took its name from them. The Arawaks and the Caribs were nomads organized in families of 15 or 20 members, and they lived by hunting and fishing.

When the Europeans arrived in Guyana there were 500 thousand residents. Today there are about 45 thousand natives, divided into nine ethnic groups; of which only seven maintain their traditional identity and culture. Driven by the legend of El Dorado, the Dutch created the first fort in Guyana in 1616, which then comprised three colonies: Demerara, Berbice and Essequibo.

In 1796, the Dutch colony was taken over by the English, who had earlier started a massive introduction of slaves. In 1763, the African Cuffy (current national hero), led a rebellion that was bloody suppressed. The slaves who escaped from the plantations went to live in the jungles, with the indigenous people. The racial and cultural miscegenation gave rise to the so-called maroons. These groups were joined by the Chinese, Javanese and Indians, brought in by the English as cheap labor.

The independence ideals managed to be channeled from 1950 with the Progressive Popular Party (PPP); a program of national independence and social improvements, and in the long term, of socialist transformation of society. The same was carried out by Cheddi Jagan for three successive terms as Prime Minister (1953 – 1961). After years of great street violence, Great Britain recognized the independence of Guyana on May 26, 1966, within the Commonwealth of Nations.

By then the PPP was divided: the majority of Afro-Guyanese had been grouped in the National People’s Congress (CNP), while the Indo-Guyanese remained loyal to Jagan. Forbes Burnham, leader of the CNP, took office, supported by other ethnic minorities. Ethnic conflict and American interests influenced the division of the PPP.

The United States saw Guyanese independence and Jagan’s socialism as a threat to its hegemony in the Caribbean. Burnham came to the government with the approval of the United States, but his policy was not conditioned on theirs: he spoke out for non-alignment and proclaimed the Cooperative Republic in 1970.

The bauxite, timber and sugar were nationalized after 1970. In 1976 the state controlled 75% of the production of the country. At the same time, it promoted integration through CARICOM (Caribbean Community), SELA and the Caribbean Merchant Fleet. In 1976, Cheddi Jagan proclaimed the need to “achieve an anti-imperialist national unity”, at a time of border tensions with Brazil.

According to youremailverifier, representatives of the PPP returned to parliament, from which they had withdrawn in protest of electoral fraud. Later, Burnham announced the creation of a People’s Militia to defend the revolution. The elections were postponed due to a referendum that entrusted the parliament with the drafting of a constitutional text, the reason for the withdrawal of the PPP from legislative activities for the second time.

In 1980 Burnham was elected president. According to international observers, these elections would have been fraudulent. That year, Burnham requested help from the IMF and authorized transnational companies to exploit oil and uranium.

In 1980, Walter Rodney, founder of the Working People’s Alliance (WPA), died when a bomb exploded in his car. Those responsible were never identified. Venezuela reignited its dispute with Guyana. Caracas claimed the Essequibo region (about 159 thousand km², about three-quarters of the Guyanese territory), claiming that these lands were illegally seized from it by British imperialism in the 19th century.

In 1983 both countries turned to the United Nations. In 1985 talks were resumed to resolve the dispute. The negotiation revolved around the possibility of Venezuela obtaining an outlet to the Atlantic. In 1984, with the increase in financial difficulties and the crisis with the unions, Burnham negotiated with the IMF a loan of 150 million dollars. IMF conditions, according to Burnham, were unacceptable. The US invasion of Grenada and Guyana’s condemnation of this action worsened relations between the two countries.

Guyana sought a rapprochement with the socialist countries. Burnham died in 1985 and was replaced by Desmond Hoyte. The PNC won the general elections that year, but the opposition denounced an alleged fraud. In 1986, five of the six opposition parties formed the Patriotic Coalition for Democracy and won all the seats.

In October, Cheddi Jagan (54%) defeated Desmond Hoyte (41%), in the general election. In 1993, Jagan allowed the deployment of American troops for military training in the jungles of his country, and admitted the military collaboration of the United States to combat drug trafficking and develop sanitation in the interior. Likewise, the president sought to modify the adjustment plan initiated by Hoyte, in agreement with the IMF. He proposed the market economy to solve the poverty of 80% of the population, whose emigration rate was higher than the population growth rate.

The first anniversary of his mandate was marred by a strike at the national electricity company, due to the breach of the commitment to increase state wages by 300%. In 1996, the government obtained the cancellation of 500 million dollars of its external debt, almost a quarter of the total. Upon Jagan’s death in 1997, his wife Janet assumed the post of interim prime minister. In the December elections, she was elected president with 55.3% of the votes against 40.6% for Hoyte’s CNP.

Samuel Hinds was appointed Prime Minister. After 20 months of management, Janet Jagan, 79, resigned for health reasons and was replaced by her Minister of Economy, Bharrat Jagdeo. The National People’s Congress criticized the procedure for the transfer of powers. In March 2000, Venezuelan President Hugo Chávez reiterated his country’s demands on the Essequibo region, and denounced a US company that planned to build a rocket launch ramp in the disputed area.

The permission granted by Guyana to a Canadian oil company for the exploitation of territorial waters generated a conflict with Suriname. After talks mediated by the Prime Minister of Jamaica, Percival James Patterson, a possibility of a solution to the conflict was opened and meetings were agreed between both parties to decide the future of the region.

In March 2001, the general elections scheduled for 1997 were held, with international observers who observed an almost normal development, despite irregularities due to the lack of names of voters in the registers.

The elections gave the re-election to Jagdeo. According to a report published in October 2003 by the World Trade Organization (WTO), the country’s economy is highly dependent on natural resources such as sugar, gold, bauxite and rice.

The production of these resources has grown at a very slow rate in recent years, despite the significant steps that Guyana has taken to liberalize its trade and investment regimes over the past 15 years. In January of 2004 the creditor countries of the Club of Paris agreed to reduce $ 95 million debt of Guyana, within the framework of the initiative on the debt of heavily indebted poor countries (HIPC), designed by the IMF and the World Bank. Creditors also pledged to provide an additional $ 33 million debt relief.

Faced with pressure from opposition leaders – who asked to investigate a possible connection between the interior minister and the death squads suspected of executing hundreds of alleged criminals – the head of the ministry, Ronald Gajraj, resigned in May 2004 to make legal proceedings possible. In June, the United Nations (UN) formed a tribunal that should settle an old lawsuit over maritime boundaries between Guyana and Suriname. Investigations into the crimes of the death squads failed to establish any connection between them and Gajraj, so in April 2005, he resumed as Minister of the Interior.

In the midst of a wave of crimes directed against previously chosen targets, in April 2006, along with two family members, the agriculture minister, Satyadeow Sawh, was assassinated. Since January, there were already 50 murders; the police attributed them to groups linked to drug trafficking and arms smuggling. In March 2007, the Inter-American Development Bank (IDB) canceled Guyana’s debt, which was around one billion dollars. The government and the IDB saw the event as a historic opportunity for a new beginning. 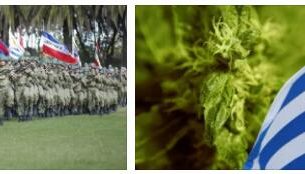 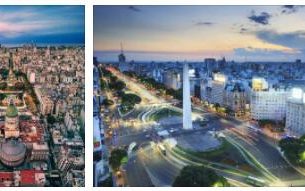 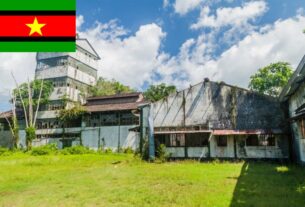