Quedlinburg is located on the northern edge of the Harz Mountains in Saxony-Anhalt. The city has been on the UNESCO World Heritage List as a so-called “area monument” since 1994 and impresses with its historical ambience and an eventful city history that goes back more than a thousand years. Quedlinburg was the royal palace for two centuries and the seat of a women’s monastery for 900 years. Today, study travelers and tourists from all over Europe come to explore the imposing half-timbered town.

The historic core of the city was founded well before the Middle Ages and includes the castle hill with the castle and the striking collegiate church of St. Servatius, in which the cathedral treasure is located. On the opposite Münzberg stands the Romanesque church of St. Marien. St. Wiperti with the abbey garden and the adjoining Brühlpark is also particularly worth seeing.

To the north of the central core is the car-free old town with more than 2,000 half-timbered buildings. It was built from 994 and has the town hall with the Roland statue as its central point.
The “Neustadt” and the Göpern district were built in the Middle Ages – around 1200 – and connected to the old town by paths and bridges over former side arms of the Bode. There are other interesting sacred buildings in Gothic and Romanesque styles, but also old defense towers and Art Nouveau villas.

Visitors to the city of Quedlinburg can find out about the special history in the city museum and the castle museum. Exhibitions on toy making, traditional handicrafts and stained glass are also very interesting. The Lionel Feininger Gallery in the old town is unique in Germany.

Lübeck is a city in the state of Schleswig-Holstein. With over 210,000 inhabitants, it is the second largest city in this state after Kiel. Lübeck is a Hanseatic city.

City of the seven towers

Lübeck, also known as the “gateway to the north”, is located on a historic trade route and flourished during the Hanseatic League. The city is famous above all for its five large churches, which with a total of seven towers have shaped the image of the city for centuries: the cathedral, the Marienkirche, the St. Jakobi church, the Petrikirche and the Aegidien church. All five churches are in the historic old town of Lübeck.

Lübeck was the target of the first British area attack during World War II. In 1942 the historic old town burned down after a barbaric air raid. This should be the prelude to nationwide attacks of this kind; Because of its high flammability, Lübeck was chosen as a target and, as it were, a “test balloon”.
After the war, the historic medieval old town was largely restored so that the burnt-out cathedral can again be the center of church activities today.

A world heritage site of 1,000 buildings

The entire historic old town of Lübeck has been declared a World Heritage Site by UNESCO. In addition to the five churches mentioned, this also includes other churches and sacred buildings as well as the remains of two of the former four city gates, the historic town hall and numerous museums.
A special attraction in Lübeck are the corridors and courtyards in the old town, which once shaped the poor areas of the city, but are now a sought-after residential area.

Interesting city between Bonn and Koblenz

Anyone visiting the north of Rhineland-Palatinate should definitely make a detour to Andernach. The city is located in the middle of the romantic Middle Rhine Valley between the Rhine and Eifel and is one of the oldest cities in Germany.

Andernach’s greatest attraction is the geyser, which is famous far beyond the German borders. With a water fountain up to 60 meters high, it is ultimately the highest cold water geyser in the world and is therefore also in the Guinness Book of Records. The geyser is powered by volcanic carbon dioxide. This spectacular natural spectacle on the Namedyer Werth peninsula on the Middle Rhine, which repeats every two hours, should not be missed when visiting Andernach. The geyser is also part of the Laacher See national geopark. The largest lake in Rhineland-Palatinate is located about 15 kilometers from Andernach. Just two kilometers from the geyser is the Geysir Andernach adventure center, where visitors can find out everything about the origins of the geyser.

Andernach’s landmark is the so-called “Round Tower” in the historic old town. The 56 meter high tower from the 15th century is one of the largest medieval defense towers in Germany. The Roman Catholic parish church Maria Himmelfahrt, also called Mariendom, is also a popular destination for visitors to the region, as is the Protestant Christ Church and the Tönisstein healing water springs.

A real highlight in Andernach is the concept of the “Edible City”. For example, vegetables and fruit are grown on numerous public green spaces, which can be freely harvested by tourists and locals. 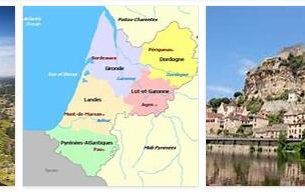 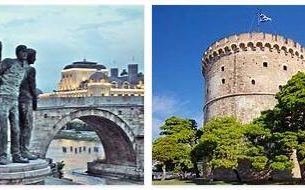 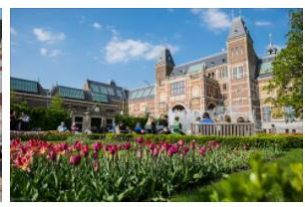