As the French overseas department, La Réunion is Europe’s southernmost part and leads to an island that is still little known from a tourist point of view… at least significantly less known than Hawaii, with which La Réunion is occasionally compared due to its spectacular mountain scenery. The “Hawaii of the Indian Ocean” is located approximately 800 km east of Madagascar and is crossed by a chain of volcanoes that runs across the island. The highest peak in it is the Piton des Neiges at 3,069 m, the active volcano within the Piton de la Fournaise chain. Overall, the landscape on La Réunion is on the one hand idyllic and tropical and fertile, on the other hand alpine and wild or almost moon-like barren… so inviting to explore the island on a hike. Tours through the three basins, the Cirques of Salazie, Cilaos and Mafate, or through the three high valleys, each with their own specific character and individual flora, are just as possible as a canyon hike to the impressive waterfalls that plunge into the Grand Bassin. The scenic charm of La Réunion is also due to the beautiful beaches, among which the palm-fringed beaches of Grand Anse are particularly popular. And finally, the diverse flora and fauna in the sea is ideal for diving and snorkeling – or for a trip on a glass-bottom boat. In addition, La Réunion is also culturally interesting, because the island is inhabited by an ethnically diverse population and the French influence is recognizable. The capital St. Denis offers a bit of both, as well as tropical charm and numerous sights. A visit to St. Paul, on the other hand, the encounter with the oldest community and former island capital, and in St. Rose, Notre-Dame des-Laves illustrates the volcanism on the island. But culture on La Réunion, the former Le Bourbon, is also the cultivation of Bourbon vanilla.

Saint-Denis has about 145,200 inhabitants and is the capital of the island of Réunion in the Indian Ocean. The big city is a city of history, architecture and art and a great example of a harmonious coexistence of different religions and cultures. Saint-Denis is located on the north coast of the island and has a particularly pretty location on the Indian Ocean. The main attractions of the area are almost all on the main axis of the streets “Avenue de La Victoire” and “Rue de Paris” and are quite close to each other. Tourists are therefore advised to explore Saint-Denis on foot.

The elegant “Rue de Paris” has beautiful, historic buildings such as the Carrère house, which is the city’s tourist office. Guided tours through the residential building are also offered here. The Villa Déramond-Barre is a colonial style villa and was the birthplace of the local poet and painter Léon Dierx. The museum of the same name, the city’s art museum, is also worth a visit. The picture gallery was founded at the beginning of the 20th century and is located in a former bishopric in a colonial style. In addition to paintings by local artists, there are also exhibits by Picasso, Bourdelle, Jean Le Gac, Renoir, Gauguin and Vlaminck. The namesake of the museum, was a local painter and poet, he died in 1912. The historical buildings of the city are not only unique,

Close to the “Rue de Paris”, visitors to Saint-Denis can take a quiet and relaxing walk to explore the State Garden. This garden was founded by the French East India Company at the end of the 18th century. The gardens, with their shady areas, quiet avenues, exotic trees and peaceful pools of water, are ideal for relaxing or taking a short break between sightseeing

Saint-Paul has about 104,000 inhabitants and is located on the west coast of Réunion. The municipality was the capital of the island until the 18th century and is now the second largest municipality on the volcanic island. The commune of Saint-Paul consists of several independent towns and cities in the hinterland and along the coast. The most important seaside resort on the island is Saint-Gilles-Les-Bains, with the seaside resort and the beach at L’Hermitage. With a total area of ​​over 24,000 hectares, Saint-Paul is the third largest city in political France in terms of area.

Saint-Paul can be reached via the international airport “Roland Garros”. It is located about eight kilometers east of the city of Saint-Denis and 30 km from Saint-Paul. The airport has daily connections to Paris and other cities in France via the airlines Air Austral and Air France.

In the center of Saint-Paul, visitors to the area will find well-preserved buildings and villas in the colonial style, some of which can be visited. These include the “Hôtel Lacaye”, which was built as a hotel for travelers and naval officers. The historic building dates from 1867. The town hall of Saint-Paul is also worth a visit. The time-honored structure was built in 1735 by the French East India Company.

The sailors’ cemetery, the “Le Cimetière marin” from the 18th century is considered to be one of the most beautiful cemeteries on the island. The best known grave is that of the legendary and notorious pirate “La Buse”. There are of course exciting stories about a huge pirate’s treasure entwined around the dangerous pirate: Before the pirate was executed, he is said to have spoken of this treasure and to have thrown an encrypted treasure map into the crowd. This mysterious map has not yet been deciphered. The pirate’s huge booty, estimated at several billion euros in current value, therefore remains hidden.

Sainte-Rose is a municipality on the island of Reunion in the Indian Ocean. The island is an overseas department of France and as such a sought-after holiday destination. With an area of ​​2,500 km², Réunion is comparable in size to the Saarland. The island capital is Sainte-Denis on the north coast of Réunion. The long-haul flight ends here at the international airport; Saint-Rose is 70 kilometers by car south on the east coast. The closest neighboring island is Madagascar about 700 kilometers to the west. 7,000 islanders live and live in the approximately 180 km² large town of Saint-Rose. Holidays in the French overseas department and in Saint-Rose are often combined with a study trip. The more recent history goes back to the middle of the 17th century. At that time, French emigrants settled the island and introduced a plantation economy, preferably for the products sugar cane and bourbon vanilla. In the early 1980s, the island was designated a French overseas region.

A historically significant attraction is the Roman Catholic Church, named after the town of Saint-Rose. Her fate is closely linked to the 2,600 meter high Piton de la Fournaise volcano. During its last “activity”, an eruption in 1977, the district of Piton of Saint-Rose was largely buried by the flowing lava. The church was also affected. After its reconstruction, it was renamed Notre-Dame-des-Laves in memory of that event. Today’s church building is surrounded by a small, fresh-looking, well-tended park.

A varied vacation in the Indian Ocean

Saint-Rose and the surrounding area offer plenty of opportunities for hiking or trekking. The island is best explored by rental car. A well-developed coastal road leads around the entire island. It has a diameter between 50 and 70 kilometers. To the south of the center of Saint-Rose, also easily accessible via the coastal road, lies the small fishing pier Anse des Cascades in an almost romantic bay, and the Anse waterfalls right next to it. They are a worthwhile destination, not least because of the wide panoramic view of the sea. 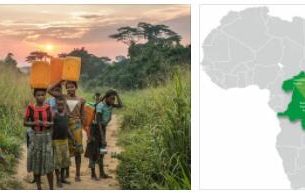 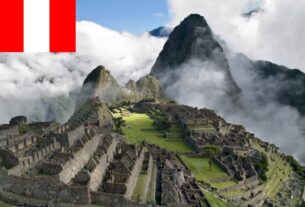