According to Beautyphoon, State Route 303, also known as the Loop 303 and Estrella Freeway, is a state route and freeway in the U.S. state of Arizona. The road forms the western bypass of the Phoenix metropolitan area between Interstate 10 and Interstate 17. The motorway has a length of 36 kilometers.

The Loop 303 at the Jomax Parkway in Peoria.

Loop 303 begins west of Phoenix at the Goodyear suburb at a stack interchange with Interstate 10. A large prison is located right next to the junction. The highway will then have 2×3 lanes with a large central reservation and will lead north through the west of the Phoenix metropolitan area. There is a connection to the Northern Parkway, after which the highway runs around the large suburb of Surprise. There is a connection to US 60 here. The highway runs from here mainly eastwards in 2×3 lanes, through the north of the large suburb of Peoria. 30 kilometers north of Phoenix, the highway ends at Interstate 17.

The highway was first planned in 1985 as Phoenix’s western bypass. At the time, it was planned to open the entire highway in 2014. However, budget deficits arose and in 1995 the highway was scrapped. Maricopa County then built the road between I-10 and US 60 as a two-lane County Road, but with State Route classification. Maricopa County has since built a small section as a 2×2 divided highway with at-grade intersections from US 60 to Happy Valley Parkway. In 2004, however, money became available again due to increased VAT in the region. After that, the northern part was also constructed as a highway with 2×3 lanes.

On May 13, 2011, the northern portion opened from Lake Pleasant Parkway to I-17, although the interconnection flyovers are still missing here and there, as are the intersecting roads, so traffic will be routed through the future slip roads. On July 16, 2013, the first lane of the Loop 303 was opened in Surprise. The full opening was in December 2013. On August 17, 2014, the “grand opening” of the remaining portion of Loop 303 between I-10 and Northern Avenue followed.

Between 2014 and 2016, a new connection between Loop 303 and US 60 (Grand Avenue) was constructed in Surprise. Originally a quadrant junction, this has been converted into a semi-cloverleaf cloverleaf, work began on December 8, 2014 and most link roads opened on April 1, 2016. Also, a 7.5-mile section of Loop 303 between US 60 (Grand Avenue) and Happy Valley Parkway converted from a four-lane road to a 2×3 lane freeway with grade separated intersections. This opened to traffic on June 24, 2016. At a number of locations north of Phoenix, the main carriageways at the level of future connections are still missing. Because there are no intersecting roads here yet, Loop 303 is completely grade-separated.

Between 2020 and 2022, a 10-mile section between Happy Valley Parkway and Lake Pleasant Parkway has been widened from 2×2 to 2×3 lanes. There was a room reservation for this, the work started in December 2020 and was completed on January 20, 2022. Also opened at that time a new connection with Jomax Parkway.

North of I-10, Loop 303 is a 2×3 lane freeway. However, in the north of Peoria, the main carriageways are still missing in some places at future connections. Traffic here goes through the entrances and exits, but without intersections. The section between I-10 and US 60 has a wide median strip with space reservation for 2×5 lanes with left-hand hard shoulder.

An extension of State Route 303 south of I-10 is currently being planned. In 2004, a local tax increase was approved in a referendum to build new highways, including SR-303 between I-10 and also planned SR-801. This is an extension of approximately 7 kilometers. The project has funding, but it is not yet clear when construction will begin. First, between 2016 and 2017, the interchange between Loop 303 and I-10 in Goodyear has also been made accessible for traffic to and from the south as far as Van Buren Street. On October 9, 2017, the flyovers and a short section of Loop 303 under I-10 through to Van Buren Street opened.

A larger extension is planned south of Phoenix, from planned SR-801 to the planned Hassayampa Freeway south of Phoenix. Depending on the chosen variant, this route is 50 to 60 kilometers long. This route is not directly in line with the current SR-303, but a bit further west to avoid the Estrella Mountains.

At the same time, Interstate 11 is also planned between Las Vegas and Phoenix, which may serve as Phoenix’s western bypass and will join I-8 or I-10 south of Phoenix. I-11 may use SR-303, especially south of US 60. 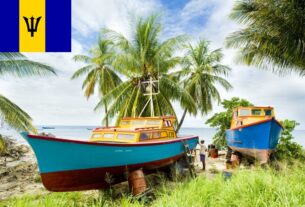