What is the most famous building in the world? One of the possible answers is sure to come up again and again: the White House in Washington.

These world-famous walls in Washington DC have been the official residence and home of every incumbent US president since 1800. The very first President of the USA, George Washington, has not yet resided in the White House, but at least he has chosen the property and also influenced some of the building plans. When the building was finally finished, however, his successor, John Adams, was already in office.

The early bird catches the worm

Even if it is basically possible to visit the White House – of course you are not allowed to just walk into it. The house, garden and surrounding areas are high-security areas for which stricter rules apply than for an international passenger airport. All interested visitors who are not from the USA and / or do not have a US passport must contact their respective embassy in Washington before visiting. It would not be an exaggeration to do so around six months before the planned visit. The White House has an extremely high demand worldwide and at the same time offers relatively few places on the tours.

What you see is sometimes only half the story

Don’t think for a long time, just answer from your gut: What does the White House look like? Is it a white villa with a terrace surrounded by columns in the middle? This is almost always what you see when the television reports from Washington. However, anyone who thinks that this is already the White House is wrong. In fact, it is “only” the main building, which also includes two wings (called “East Wing” and “West Wing”), connecting galleries and the “Eisenhower Executive Office Building” complex.

In its long history, the White House was almost completely burned down and rebuilt. In addition, it has undergone numerous renovations, restorations and a complete gutting. Tradition has it that every president leaves his structural mark; be it at the house or in one of the gardens. Barack Obama as the incumbent president is said to have modernized the basketball court in an impressive way.

The “East Room” is mostly about life and sometimes about death

No less famous rooms are hidden behind the world-famous facade of the White House. The office of the president is the “Oval Office”, in which at least since Bill Clinton politics is no longer exclusively made. The public most often gets to see the “East Room”. This representative hall is used for receptions, balls and large dinners. Here, however, space is given not only to life but also to death. Two of the most famous US presidents, both of whom were assassinated, were laid out here. In 1865 the world said goodbye to Abraham Lincoln here, almost 100 years later John F. Kennedy met it.

Speaking of Kennedy. In the years before his presidency, the gardens around the White House had suffered; the immediate predecessors were evidently not very interested in their design. So when John and Jacqueline Kennedy were the only ones in the White House, the First Lady turned to the grounds. She paid tribute to the horticultural plans of the past by having them restored and only adding subtle new accents. When John F. Kennedy was shot dead in Dallas, she had not yet finished her job. Her successor Lady Bird Johnson, however, paid her work the respect it deserved when she renamed the East Garden “Jacqueline Kennedy Garden”. Events such as award ceremonies are still held here today; The first ladies also like to invite their friends to tea here.

Representation rooms, offices and the presidential family also need a bit of space. So it’s no wonder that the White House has an impressive 132 rooms and 35 bathrooms. Although lobbying is part of everyday political life today, one in the White House might not want to be a handle cleaner. Believe it or not, there are 412 doors there that lead to eight stairwells, among other things. Window cleaners also have their hands full in “The White House”. It is important to keep 147 windows of all sizes sparkling clean. By the way, if you want to paint your own house exactly the same color as the White House, you can do that. The color is called “Whisper White” and is sold normally in the USA. 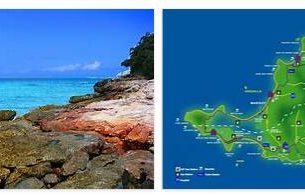 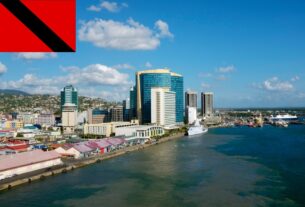