The airline Avianca (AV) flies via El Salvador or Bogota from the USA (Los Angeles, New York), from Cuba (Havana) and from Ecuador (Quito, Guayaquil) to Costa Rica. Direct flights from Europe with Condor (DE) and Iberia (JK). Condor flies from Berlin / Tegel, Düsseldorf, Frankfurt, Hamburg, Munich and Zurich, among others.

United Airlines (UA) flies from Zurich and Geneva via Washington-Dulles to San José.

US $ 29 airport tax on departure. In addition, a security fee of US $ 6 may apply. Both fees can also be paid in colones.
Transit passengers are excluded if they leave Costa Rica within 12 hours.

The national airline SANSA (RZ) (Internet: www.flysansa.com) connects San José with the provincial cities and villages. A shuttle bus runs between the airline’s office in San José and the airport. Several small airlines also offer domestic flights. Bookings can only be made in Costa Rica.

The road network has a total length of 35,583 km, of which around 6500 km are asphalted, including the 653 km of the Pan-American Highway. Well-developed roads connect San José with all major cities. Long-distance bus: Almost all localities are connected to the bus network. Buses are often overcrowded, seat reservations are recommended. Numerous round trips are offered. Most of the travel guides also speak English, i. A. You will be picked up from the hotel. Information from the Tourist Office in Costa Rica (see addresses). Taxi: There are plenty of inexpensive red taxis in San José. The orange taxis only go to the airport. You should definitely agree on the fare beforehand. Rental cars: At Europcar, Hertz, Rentacar SAand local companies in San José. Documentation: international driver’s license. Minimum age: 23 years.
Speed limits:
on main roads: 88 km / h;
on secondary roads: 60 km / h.
in built-up areas: 40 km / h.

Traveling in the city

In San José there are private bus companies with two fare zones.

On the way by ship

River trips are possible on the Reventazón inland, the San Carlos, Rio Frio, San Juan, Sarapiqui, Grande de Térraba and on the Sierpe.

MasterCard, Visa and Diners Club are generally accepted, American Express less frequently. Details from the issuer of the credit card in question. Attention: The acceptance of credit cards varies from region to region. Only Visa credit cards are accepted in some areas of Costa Rica. Occasionally, the query about the liquidity is disturbed, which is why payment by credit card fails. Bringing US dollars in cash is recommended in these cases.

Attention: Travelers who pay with their bank card abroad and want to withdraw money should find out about the possibilities of using their card from their bank before starting their journey. Paying with Maestro cards does not always work.

Casas de Cambio (exchange offices) are widespread and offer the cheapest exchange rates. You can change euros in all major cities. Bringing US dollars in cash is recommended. 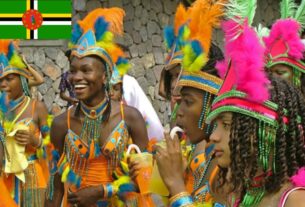