Pattaya is located on the coast of a curved bay, 140 km southeast of Bangkok. The history of Pattaya as a resort began in 1961, when American soldiers chose it as their favorite vacation spot. Until that time, it had been an unremarkable fishing village. Today Pattaya is the most active and “party” resort in Thailand.

A network of magnificent hotels has been built in Pattaya, there are about 120 of them in total. The choice among them is huge – from luxurious five-star palaces to simple guesthouses with basic amenities. On the territory of the hotel “Pattaya Park” there is a water park.

Beaches within the city limits can be divided into three parts: Phattaya (the coast of Central Pattaya and South Pattaya), Jomtien (the southernmost coast) and Naklua (north). Here, lovers of water sports are offered fishing, sailing on a yacht or boat, riding a scooter, jet skis, parasailing, windsurfing and scuba diving. However, the water and sand on the beaches within the city limits are not very clean, so for a beach holiday it is better to give preference to Hua Hin, where the Thais themselves go for the weekend, or coral islands, which can be reached by boat. It should be borne in mind that there are ebbs and flows on the islands. Low tides are usually in the first half of the day, but not always – sometimes the sea remains absolutely calm.

At night Pattaya is revitalizing. At this time, you can sit in a bar, visit a nightclub, cabaret or massage parlor, as well as go shopping, most of which close quite late. Many bars host Muay Thai which is a really interesting show. In Pattaya there are two brilliant shows – Alcazar and Tiffany. Alcazar-Show is a colorful theatrical performance of transvestites, which has gained worldwide fame, consisting of scenes from operettas, parodies of pop stars. It uses state-of-the-art musical accompaniment and rich sets and costumes. Tiffany Show is a unique theater with transvestite actors. The repertoire of the theater includes folk dances, theatrical performances. Good directing, original lighting and sound design, fantastic costumes await you. The center of nightlife is located in South Pattaya – this is the famous Walking Street and the lanes adjacent to it. The street itself consists of doors to numerous go-go bars, in the lanes – all the racks of street bars. Almost all establishments are open until 2-3 nights. Many go-go bars have sex shows after 10 pm.

From the sights of Pattaya and its environs, the temple of Wat Yannasangwaan, located near the Chomtien fish park and striking with a mixture of architectural styles, should be noted; Chinese Temple, which is a temple-museum, where various art objects are located, ranging from Buddha statues to old mosaics and wall paintings that are of Chinese origin; the islands of Koh Lang, Koh Samet and Koh Sak, which can be reached by boat; the village of Mini Siam – reduced in size, but reproduced in great detail, the world’s architectural monuments; rock park; an elephant village where shows are held every day; crocodile farm, ocean and fish parks, orchid farm.

The hallmark of Pattaya is golf, here are the best grounds for this game in the country.

According to anycountyprivateschools, Surin is located in the northeast of Thailand, 457 km from Bangkok. Elephants have been raised and trained here since ancient times. Some city monuments speak of the honor in Surin of these animals – at the railway station you can see sculptures of an entire elephant family, and in the city center near the monument to the first mayor of Surin, huge elephant tusks stick out of the ground, as well as the annual Elephant Parade, which is held in Surin. This event attracts thousands of tourists every year. The parade is held on the weekend of every third week of November. For the holiday, the most beautiful and largest elephants are brought from nearby villages. All weekend, performances are played out in front of the audience, telling about the battle of Thais for independence, football matches, obstacle races and other competitions are organized, where elephants are the main characters. Tickets for the Parade should be purchased in advance, because this holiday is very popular among tourists.

Of the attractions of the region, one can single out small villages where elephants are kept – Ban Ta Kland and Tambon Krafo. They are located 60 kilometers northeast of Surin.. Here you can follow the process of elephant care and training. 35 km northeast of Surin is Temple Sikhoraphum, which consists of 5 pagodas 32 m high. 28 km north of Surin is interesting Hin-Chom-Pra Temple. The entrance to it is decorated with a huge statue of Buddha. 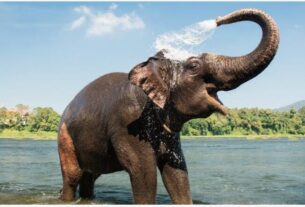 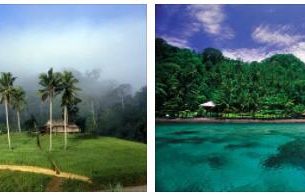 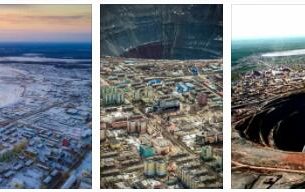